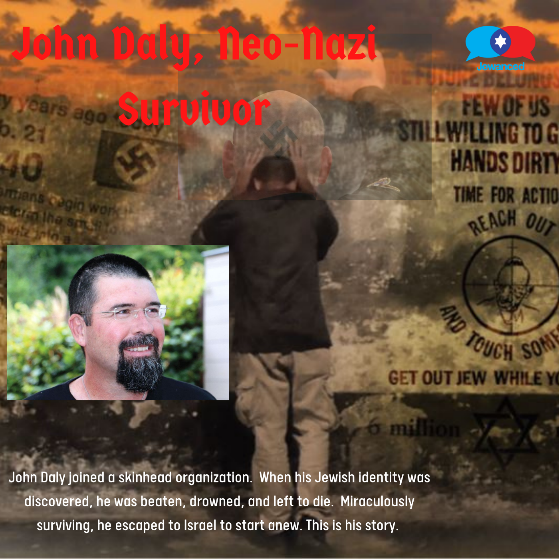 Jewanced commemorates Yom Ha’Shoah – Israel’s Holocaust Remembrance Day – with the inspirational and shocking true story of John Daly’s incredible tale of Jewish survival – transforming and escaping from life as a closeted Jewish Neo-Nazi commander in the USA to living in Israel.

Legitimately unlike any other story Dan nor Benny had ever heard before, John Daly’s riveting recounting of the details of the events of his youth spent in Ocala, FL joining an anti-racist skinhead (yes, that’s a thing) group, being kidnapped by Neo-Nazi white supremacists into their movement, hiding his Jewish identity only to be outed – resulting with an attempt to murder him is nothing less than intense, fascinating, and truly chilling. His subsequent tale of survival against all odds and aliya to Israel is truly inspiring.