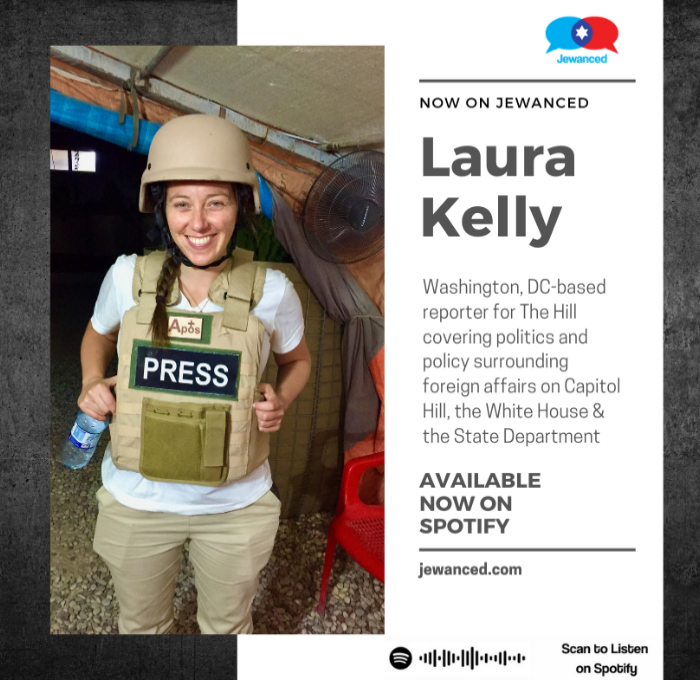 Laura Kelly is a reporter for The Hill in Washington D.C. where she writes about the politics and policy surrounding U.S. foreign affairs, covering Capitol Hill, the White House and the State Department. Laura began her journalism career in Israel in 2012 working for The Jerusalem Post and lived in the country until 2016. Her reporting has taken her all over the world covering conflict, culture and natural disaster. This includes the Israeli-Palestinian conflict, the Syrian Civil War, the fight against ISIS, and Hurricane Maria in Puerto Rico, to name a few. She is a graduate of Fordham University and originally from Cutchogue, Long Island, New York.

Laura covered the protests on Capitol Hill earlier this month and has a front-row seat to what is happening in Washington as the Biden Administration has come in.

We chatted with her about what is happening in Washington, what we can expect as far as US foreign policy, and Laura’s own story as a journalist, including being a war correspondent.

A selection of articles by Laura Kelly at The Hill

A selection of articles by Laura Kelly at the Jerusalem Post, where she is a former Magazine editor. The publication frequently highlighted social issues in Israel such as Gay rights, Arab-Jewish relations, societal trends, high-profile interviews, cultural highlights and international stories and conflicts.

A selection of articles by Laura Kelly at the Jewish Insider, where she is a former Capitol Hill reporter.

A selection of articles by Laura Kelly at the Washington Times, where she is a former health reporter.