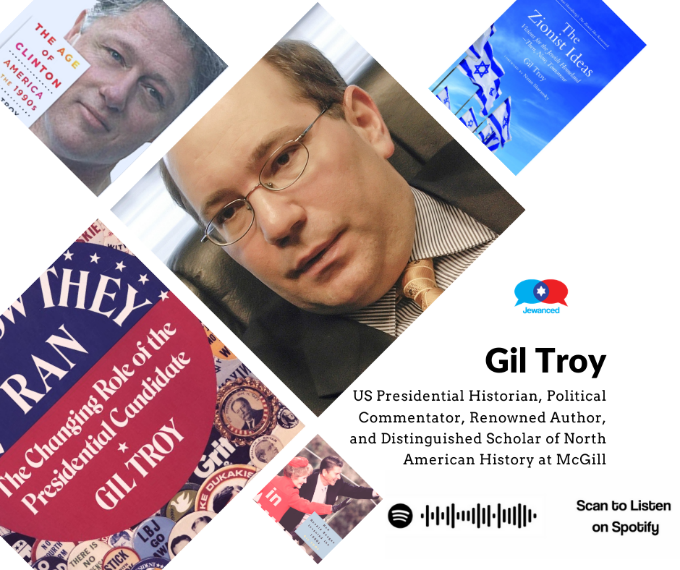 Dan and Benny engage in a candid discussion with Professor Gil Troy,one of the world’s leading US Presidential historians, about the critical moment facing the United States, the world, and democracy as we transition from the Trump to the Biden White House. No less important, we also talk about American Jews and Zionism, the state of Israeli democracy, and co-authoring his most recent book with Natan Sharansky, Never Alone, Prison, Politics, and My People.

A Distinguished Scholar in North American History at McGill University currently living in Jerusalem, Gil Troy is an award-winning American presidential historian and a leading Zionist activist. Recently designated an Algemeiner J-100, one of the top 100 people “positively influencing Jewish life,” Troy wrote The Age of Clinton: America in the 1990s, and ten other books on the American presidency.

He appears as a featured commentator on CNN and has been interviewed on most major North American TV and Radio networks. Troy regularly publishes essays in the American, Canadian, and Israeli media, including for the New York Times the Daily Beast, and the Jerusalem Post.